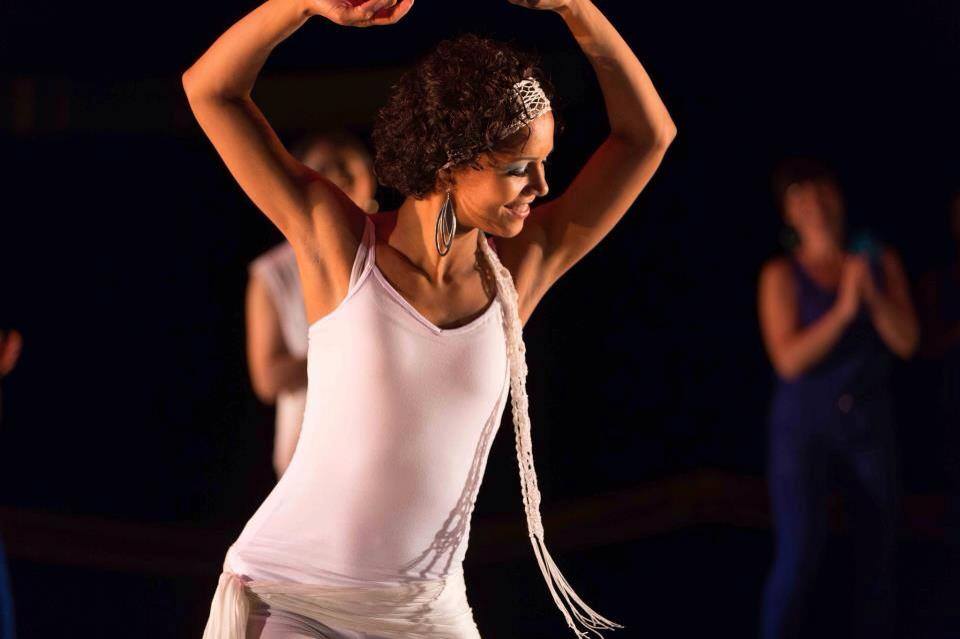 Oi gente! Get ready for the return of one of our favorite samba dancers and teachers, Danielle Lima from Samba New York! Danielle will be teaching this year’s Brazilian IndepenDance class, Saturday, October 1st as a special workshop for our students and sambistas! This is open to all levels, so do not hesitate and come join the fun.

Bio: Danielle Lima
Danielle Lima was born in Rio de Janeiro, Brazil. She started dancing at the age of 7 at the Dance School Centro de Rio de Janeiro, brazil. There she studied ballet, jazz, tap, modern, national and international folklore dance. At the time Danielle was part of G.R.E.S. Beija-flor the largest samba school of Rio. There she performed for several years.

Danielle appeared in numerous television shows in Brazil such as Xuxa, and Domingao do Faustao. In 1998 with The Rio Dance Company, she performed contemporary pieces in the Opera O Guarani. Danielle, commited to maintain her cultural roots, continued performing traditional folkloric dance with Rodry Baiano Dance Group where she was lead dancer.

In the year 2000, Danielle joined the Ringling Bros and Barnum & Bailey Circus; where she worked with Choreographer Tony Stevens for over 3 years. Later Danielle relocated in New York City; Danielle Lima taught modern and ethnics dance workshops in the Harlem YMCA. Lima joined Djoniba Dance & Drum Centre as a teacher of Brazilian Samba in early 2004. Danielle’s creative choreographic approach for teaching includes a mixture of fitness, traditional and contemporary Samba from Rio and Bahia. In 2005 she founded the Brasileirando Dance Group a company that focuses in to disseminate the Brazilian folkloric and contemporary dances; Brasileirando has performed at the Lincoln Center, Socrates Park 20th Anniversary, The Soho’s Art Parade in New York City and in the Dance Conference in Saint Louis.

View all posts by sambaviva@gmail.com →