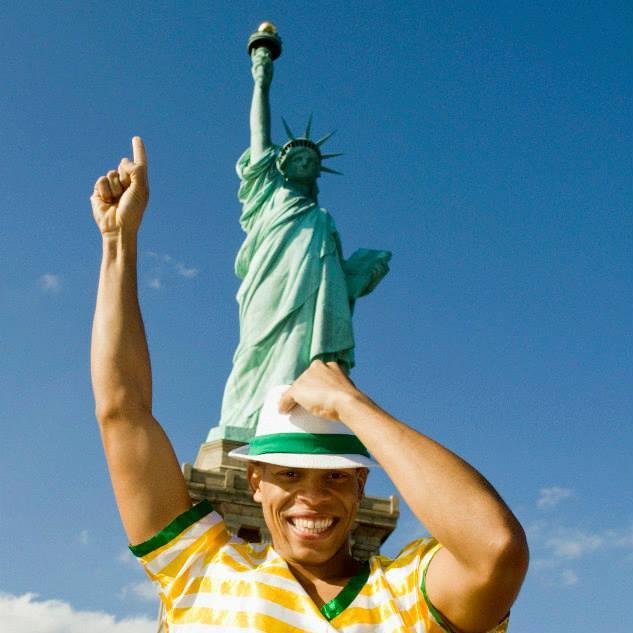 Join us for some amazing samba stylings with Getúlio Ramalho! He will be teaching two classes this week – don’t miss this chance to learn, play and be inspired. Check out his bio and videos below and see you there!

In-demand artist among the communities dedicated to Brazilian culture, GR is passionate about sharing his dance skills with the world. His artistic career began in 2000 at the Cia Dance Company in his hometown of Belo Horizonte, Brazil. He then went on to study circus arts, and in 2001 made his circus debut with the daring balancing act on a rolling seesaw.

In 2006 GR started training in contemporary dance at the Dance School of Grupo Corpo. And in 2010 he was featured on the dance show “An Open Door” with his signature act that blends together circus skills, contemporary dance and theater. This unique performance was noticed by the talent scouts of “Qual é o Seu Talento?” (What Is Your Talent?), popular Brazilian reality television series. GR was invited to participate and made it all the way up to the finals.

In addition to contemporary dance, Getúlio has a long history of studying, performing and teaching traditional Brazilian dances, such as Zouk, Forró and Samba de Gafieira. After gaining local recognition for teaching these styles, he started receiving international invitations. In 2011 he did a tour through Sweden, the Czech Republic and Holland. In 2012 Partners of the Americas, an international cultural exchange organization, invited GR to the United States. He taught classes in Minnesota, Colorado and Wyoming, all of which were a great success.

In 2014 GR competed and won the title of Rei Momo do Carnaval (the King of the Carnival) of Belo Horizonte for his outstanding Samba No Pé skills and captivating personality. The same year he was one of the featured guest instructors at the Fall for Zouk Festival in New York City. And in 2015 he returned for the third time to teach and perform at one of the most anticipated Brazilian Zouk events around the globe – Berg’s Congress.

GR is known for his outgoing and sensual style of dance, always prioritizing connection between the partners over the combination of steps. He is currently teaching and performing in Brazil and abroad.

View all posts by sambaviva@gmail.com →